Tales of Boomtown Glory is the musical life and times of one of our most powerful singer songwriters. An anthology of the complete lyrics from Bob Geldof’s The Boomtown Rats and solo albums, interwoven with Geldof’s witty, deeply felt and frank commentaries of the background, inspiration and context behind some of his songs. Together they provide a remarkable portrait of an extraordinary life which has always sought and found expression through lyrical storytelling.

Tales of Boomtown Glory contains lyrics to 189 songs including previously unreleased material as well as the forthcoming album ‘Citizens of Boomtown’ from The Boomtown Rats (releasing Spring 2020 alongside a live tour and new documentary film about the life and times of the band) and facsimiles from his notebooks over the years.

‘These are the words that got me out. That enabled my escape. The words that gave me this life. Seeing all the last 44 years in one piece just exhausts me. The grief and labour and panic and worry and...just in these bits of lines? I’m glad it's all in one book. Now I know what I’ve been up to for all this time.’ 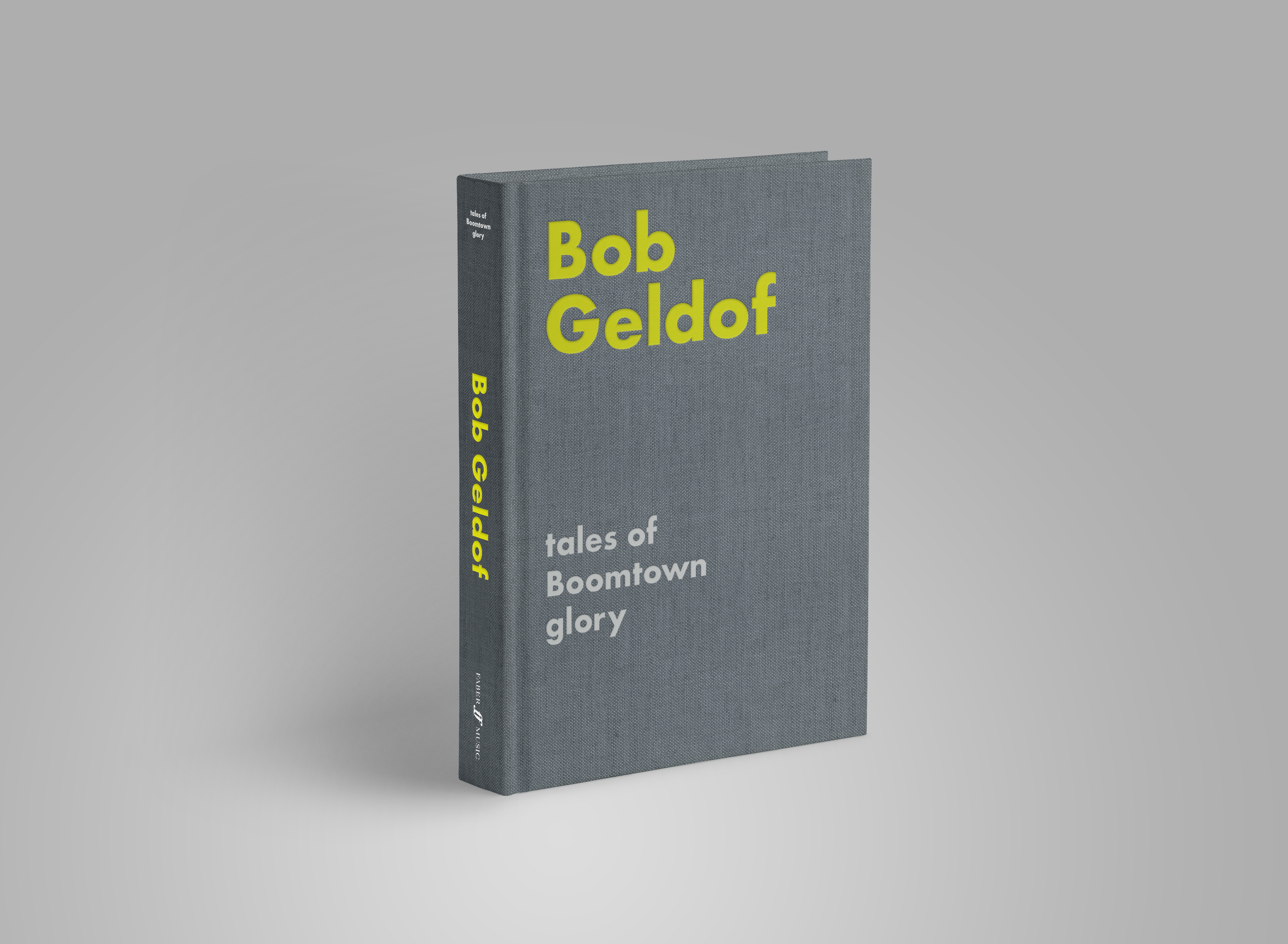 ‘This man is more in charge of the English language than anyone I’ve ever met. He is one of the greatest storytellers.’
Bono, musician

‘They’re not songs. These are great Irish short stories. I’m not sure you can exclude these from the canon of Irish literature at the end of the 20th century.’
Joseph O’Connor, novelist

‘He looks truth in the face. His songs will be looked on as an incredibly important thing and he continues to write songs that go straight to the heart.’
Jools Holland, musician & broadcaster

The release of Tales of Boomtown Glory coincides with The Boomtown Rats' first new studio album since 1984, 'Citizens Of Boomtown’, plus a UK tour. Featuring 10 glorious new Boomtown Rats songs, the album will be released on 13th March 2020 on the BMG label.

Also slated for a release early next year is a documentary film by Billy McGrath, a long term confidant of Bob and the band which will tell their extraordinary story through a mix of interviews and previously unseen personal archive - from their inception in Dun Laoghaire, through their role in the punk wars, the hits, the drama, Live Aid, and right up to the present day.

Formed in 1975 in Dublin The Boomtown Rats became part of the burgeoning punk scene. Singer Bob Geldof’s defiant motormouth arrogance and flagrant disrespect for authority endeared him and his band to every youth who felt weighed down by the heavy handed blandishments of church and state.  In the UK The Boomtown Rats first toured with the Ramones and Talking Heads, rocking and mocking the status quo alongside the Sex Pistols, The Clash, The Jam and The Stranglers. They became one of the biggest bands of the late 70s/80s with a string of top ten hits and platinum albums, earning them Brit Awards and Ivor Novellos.  Making history as the first Irish band to have a UK no 1 hit with ‘Rat Trap’, they went on to top the charts in 32 Countries with ‘I Don't Like Mondays’ and racked up 6 era-defining albums: ‘The Boomtown Rats’ (’77), ‘A Tonic For The Troops’ (’78), ‘The Fine Art Of Surfacing’ (’79), ‘Mondo Bongo’ (’80), ‘V Deep’ (’82) and ‘In The Long Grass’ (’84). In 1984, inspired by a TV report on the famine in Ethiopia, Bob Geldof organized the star-studded Band Aid and co-wrote "Do They Know It's Christmas," one of the biggest-selling singles in history. The next year he organised Live Aid.